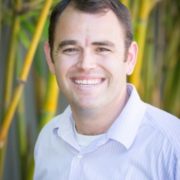 Robert was born in Oklahoma, but as a child, his family moved regularly. He considers himself from El Paso, Texas where he spent most of his formative years. He attended Arizona State University in Tempe, Arizona where he received a degree in Religious Studies. Responding to a call he had in middle school, he transitioned to seminary at Claremont School of Theology in Claremont, California, about forty-five minutes east of Los Angeles. When visiting Claremont, the first person he met off the plane was this beautiful and gifted woman named Allison. Allison was studying to become a priest in the Episcopal Church. While in seminary, he was blessed to serve as a youth pastor for a multi-cultural, multi-language church called Sage Granada Park United Methodist Church where there were four languages spoken every Sunday: Japanese, English, Gujarati, and Vietnamese.

Upon graduation from Claremont School of Theology, Robert began his pastoral ministry. He was appointed to First United Methodist Church of Santa Monica, California as the pastor of Youth and Intergenerational Ministries on July 1, 2008. In October, just a few months after starting full-time ministry, Robert and Allison were married in the Chapel at Claremont School of Theology. Robert was ordained as an Elder in Full connection in 2013. He continued serving First United Methodist Church, as his role and responsibilities shifted when he was reappointed as the pastor of New and Emerging Ministries in 2014. At that time, Robert took a leadership role and launched new ministries at First UMC including simple church, Messy Church, the Community Meal at Family Place (serving homeless families) and Sacred Yoga. He is passionate about creating new opportunities for prayer, spiritual community and loving service.

In 2014, Robert and Allison welcomed their daughter, Olivia Anne and in 2017 welcomed their second daughter, Amelia Grace into the world. Robert enjoys hiking, running and listening to podcasts. He is a Dallas Cowboy fan but is okay with the Bengals. As a family, the English’s enjoy being outdoors, family outings to the park and cooking together.

In January of 2018, Rev. Allison English accepted a call to be the rector (senior pastor) of Calvary Episcopal Church in Clifton. The English family is so excited about this call from God to serve the people of Cincinnati.

Joseph Dilley is a native of Ohio. He began studying piano at age 8 and began organ study at age 12. He enjoyed playing for several hometown churches during his youth in Ironton, Ohio. In the 1990’s, he came to Cincinnati to study piano, composition, organ, and conducting at the College Conservatory of Music at the University of Cincinnati and later, Music Education at Xavier University. He currently teaches chorus and general music for Sycamore Schools at E. H. Greene Intermediate School. He is active as an accompanist and church musician.

Joe has two grown children and one granddaughter. He is married to Joe Miller who sings bass in our church choir. For Joe, music is both a vocation and a hobby. His other hobbies include aquarium fish keeping, landscaping, and furniture refinishing. He enjoys helping with the family antique booth.